One in every ten children will experience sexual abuse before they turn 18 (Townsend & Rheingold). For every ten people who pass you on the street, one of them was sexually abused as a child. That number is way too big. Let’s break it down further. 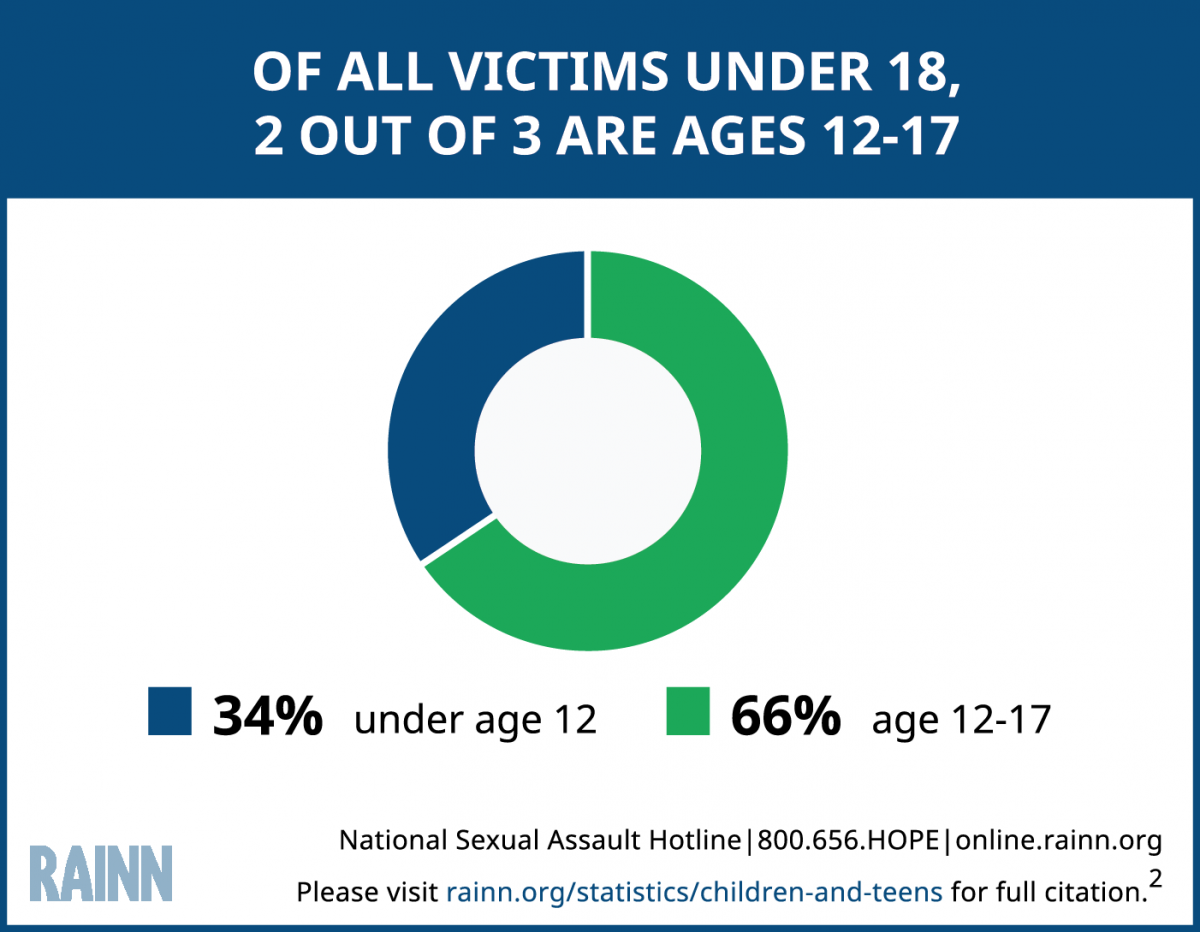 Of child sexual abuse victims, only 38% actually speak out or report the abuse (Bruck & Shuman). Why? Who’s abusing these children so badly that they won’t say anything?

It’s because the victims usually know the perpetrator. It’s hard to speak up when someone you thought you trusted is abusing you. You want to stand up for them. You don’t want to believe they are capable of abuse. You make up excuses. And the common theme among those who don’t believe men can be sexually assaulted is, “[He] most likely enjoyed it.”

I’m sure you’ve seen/heard the statistic that 1 in 5 women will be raped/assaulted in their lifetime. This number is calculated using the 18.3% of reported incidents in America. These assaults, again, typically happen with people you know and trust. A whopping 21,840,000 women reported that they’d been raped in 2010 alone, while 1,581,000 men reported the same (CDC).

18.3% for women and 1.4% for men. What’s the deal with the disparity? Some of you may be saying it’s because men are more likely to commit a sexual assault crime than women.

Well, let me just introduce you to another statistic. Here’s a thirteen page list of all female teachers who were accused / arrested / convicted of having inappropriate relationships with male students. Those are just the reported incidents.

And what about that 1.4% of adult men who reported being sexually abused? Many myths surround this issue. “Men can’t be raped,” “Only gay men can be raped,” “Guys can’t be sexually assaulted by women.”

That last one is my favorite. Because as a child, I was sexually assaulted by another female. I never reported it (mainly because we were both nine) because I thought, “This is just what kids do.” Boy, was I wrong.

In a Reddit thread submitted in April 2017, a user asks, “[Serious] Men who have been raped by women, what’s your story?” (note that the Serious tag ensures all stories are truthful). With over 1,700 comments, I certainly can’t outline all the stories, but here are a few.

You can read the thread here for yourself. But the most common opening was, “Not sure if this counts as rape, but…” And 100% of the time, it did count.

Many of the men who were assaulted report their aftermath as well. Actions such as displaying more aggression than fear, questioning their sexuality, acting in sexually suggestive ways, and/or downplaying their experience (AASAS). So, perhaps the perpetuation of the myths surrounding male rape are part of this “Toxic Masculinity” phrase being thrown around.

Maybe some of our men are angry and terrified. Maybe they feel like less of a man. Maybe they understand what a woman goes through when she’s raped.

And maybe we should all respect each other.

Reddit. (April, 2017). [Serious] Men who have been raped by women, what’s your story?. Retrieved from https://old.reddit.com/r/AskReddit/comments/66hcf8/serious_men_who_have_been_raped_by_women_whats/

This Week in Saved You a Click: Soda is Bad for You and Anxiety Doesn't Exist!

The Media is Lying to You about Title VII - Employment Discrimination